Instead of assigning permissions to every user individually, we have groups of permissions, which can then be assigned to a user as a whole.

For example, in my admin rank, I might add permission to ignore claims, and then assign users to the admin rank. This means that they will get all of the permissions from admin, plus any they have themselves.

Players can have multiple ranks, similar to Discord roles. The rank with higher power will take priority if two permissions are the same.

On your server, there will be a number of features, commands, and functionality which is added to the game. Most of these actions have a permission associated with them, so you can control which users have access to each feature or command.

A permission is just a string, and is separated into parts using periods. For example, ftbutilities.back.infinite is the permission to use the /back command infinitely. Obviously we don’t want all users to have access to this, so we only give it to some users.

The string that represents a certain permission is also sometimes called a "permission node" or just "node" for short.

There are a few utility commands for ranks, so you don't have to do everything in the configs.

They are enabled by default, but if they aren't, set Enabled & Override Chat to true in config/ftbutilities.cfg.

While //Comments are used in examples, they might not work in actual files, and will be removed by mod.

The ranks file is in local/ftbutilities/ranks.txt.

To add permission to rank simply write the node below rank definition and add value after :

Default ranks aren't required, but it's still recommended to use them. Add default_player_rank: true or default_op_rank: true inside [rank].

They basically tell what rank to use when player doesn't have any rank assigned.

To change player name formatting from default <Player> to something more interesting, use ftbutilities.chat.name_format permission.

All permissions that you can use to modify chat message text:

The result will be <Admin LatvianModder> Hello!, where: 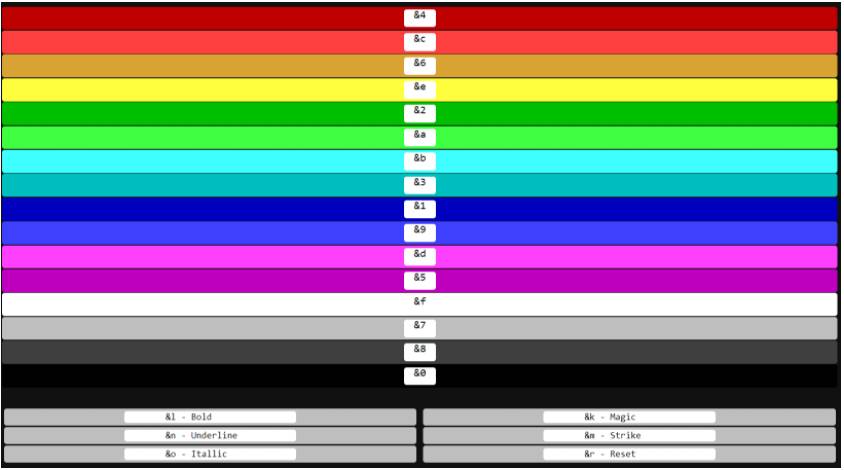 Files that are inside local/ftbutilities/: